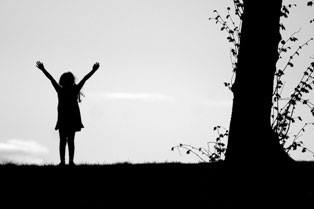 Today’s Top 3 Things I Would Like to Tell My Daughter Going into Adulthood:

1. Don’t be confused about what it means to be a “Lady”. You will read completely contrasting ideals, ideas, and opinions on what it means to be one. Often times, by way of female empowerment and feminism, it is considered a negative to be a lady. You will read and hear many liberated women (and men) say things like, “Don’t be a lady. Be a fierce independent woman who’s not afraid to speak up and be a bitch!” (for the record, I do NOT like the term “Bitch” to describe a person) or “Don’t be a lady and be quiet; be a woman and use your voice!” or “Don’t keep calm and be a lady. Raise some hell and be a feminist!” This is because going back in later generations, women were taught to be submissive, nurturing, pacifists who had a place in the household and society to be the bedrock of caregivers to their children and husbands and not a whole lot more. The men took care of the hard-fought issues and spoke for the entire family, leaving the woman to be the “good woman behind the strong man”. Over time, women and men have begun to fight hard to change that so that both sexes can be equal — standing beside one another instead of in front or behind. But, even though when you look at the definition of a “Lady” it *can* still be a little daunting, at the root of the definition I see words like: well-mannered, considerate, virtuous, high standards, and yes…… even well-behaved. I think that these words need to be redefined with the times. (Even if at times I enjoy the motto, “Well-behaved women don’t make history.” That’s because of the aforementioned interpretation of what well-behaved meant pertaining to females.) It is true that once-upon-a-time-ago these statements like “proper behavior” were bound to submissiveness, but it is not the 1930s anymore. Not only have times been changing, but women are changing, and so should the meaning of many words in our plethora of languages. Every day we see women in our media and society who are kicking butt and taking names in the name of equality, (right now in 2013) people like: Geena Davis, Lisa Lang, Ellen DeGeneres, Hilary Clinton, for example, who have only trickled down from a gargantuan number of predecessors from all over the world from the 12th-century all the way up to the 21st century. Women who were not media icons and are not always even known by the general public. Many of these women involved in the feminist movement, however, have all been — in my interpretation of the words — well-mannered, considerate, virtuous people with the HIGHEST of standard, hence why they are standing up for that they are standing up for. I could not consider anything else to be more well-behaved than to work, earnestly and incessantly, for equality of Humankind. Many to most of the examples I see are all, indeed, “Ladies” — they are class acts, all the way around the board. You don’t have to be angry, ornery, hostile, or gruff to get stuff done like a boss. You can embrace your “feminism” while making change and being a strong, independent, and a FIERCE woman…… LADY. I will always believe this. To be a feminist does not require us to remove our feminine qualities; that is up to the individual feminist. (And it’s okay the other way around, too!) I, for one, choose to remain well-mannered, considerate, virtuous, and well-behaved. I also reserve the right to speak my mind, put someone in their place, point out lack of virtue when I see it, and to raise a ruckus when it is required for what I believe in. THIS makes me a female, a girl, a woman, a lady, AND a feminist. It’s up to you to decide what you think it means to be any of these things, but you can be all of them if you want to, and don’t let anyone tell you otherwise. You can kick just as much ass in a pair of heels as you can in work boots, all the while being true to your nature. Your outward appearance is no reflection of your brain — that’s just style. And your inward self can still be the definition of a “Lady” and make some serious change in feminism.

2. Be careful which term you relate to when other people influence you; it may not be as positive as you think. You are always going to come across people in history, present-day, and your day to day that inspire you. This is not only human nature, but also grand — no one will ever be able to answer if life imitates art or art imitates life. It doesn’t matter. It matters that there are people who ARE worth feeling inspired by; what a sad world it would be if there weren’t. Throughout your whole life, you have heard me talk about those who inspired me: Martin Luther King Jr., Rosa Parks, Anne Frank, Harriet Tubman, Abraham Lincoln, etc., etc. But I wasn’t *only* inspired by historical figures, activists, and revolutionaries… I was also inspired by artists, musicians, authors, poets, fictional book characters, and yes, even celebrities. When I was very little (about your age now), I was just gaga over Cyndi Lauper! I loved her music, her (She’s So) unusual quirky vocals, her 1980s Grinage Village punk style, her Betty-Boop-like voice, her zany behavior, and how gutsy she was with her opinions. These things inspired me, but they weren’t what made her a bona fide “Role Model” to me. What made her worthy of role model status for ME was how she advocated for equality, and especially for gay rights and AIDS awareness. She became my role model for her fearlessness, even in spite of her fears. She had a very hard and troubled upbringing — often times gritty — but she preservered for others, as well as herself. She was an example (if just one of many) of tenacity. Her fame did not come to her easy, and her fortunes never even came to stay, but she never sold out for status. She USED her celebrity status to launch things for the betterment of equality and knowledge. Point being, it is NOT wrong to let people influence you POSITIVELY. The danger in the term “Role Model” is that people get it confused daily with the title “Idol”. Idolization is not healthy. Idolizing anyone — from a celebrity to gods — is where danger ensues and, sometimes, even distruction occurs. No one, and I mean NO ONE, is worthy of being your idol. Idolization is the antithesis of equality because that is something visible without substance, a “false” god, an “object” of worship. Anything or anyone you put on a pedestal will eventually fall off, taking you with them. So let wonderful humanitarians and noble acts inspire you. And it’s even okay to consider them a role model. But always understand that even role models and inspirations are fallible human beings and you can NEVER worship anyone — worshipping an equal is a dictatorship of inequality. No one should ever have control or power over you, as the definition suggests. Don’t use that term at all because it isn’t what pop culture or religion has made it out to be, but it inevitably is what it becomes.

3. Keep a journal, composition book, or pad of paper on the nightstand. My very best ideas happen the first 10 minutes after I wake up (from poems to stories, projects to paintings). Once again, back to the “six impossible things before breakfast” again, and ALWAYS. This is why I always set my alarm 15 minutes before I needed to get out of bed. Once I get out from underneath the covers, it’s all over. Heaven forbid I choose to brush my teeth first! Don’t take it for granted that you will remember it when the time is more convenient to write it down — as quick as it came, it could allude you (just like your nightly dreams). Likewise, I can’t count how many times I laid there composing these letters to you. YOU have always been the first thing on my mind when I woke up in the morning, and you absolutely always will be. My very best creation. My masterpiece.

…Oh, and… I love you more than all my words could *N*ever say!