#BooksNotBullets – ‘To Kill A Mockingbird’ 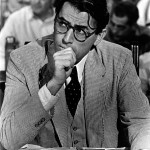 In honor of Malala’s 18th birthday, I have chosen To Kill A Mockingbird for #booksnotbullets. I attribute this book to so many things in my life—namely shaping the kind of person that I want to be and hope to continue to become. When I read To Kill A Mockingbird, I had never been more privileged, impressed and inspired with a book character before. Atticus Finch was a marvel to me in all his strength of character, humility, grace and humanitarianism. At first, as a young girl of 10 years old, I thought, ‘One day I want to marry a man just like Atticus!’ As the years went on—and I read the book over and over and over again—I realized that I could BE like Atticus Finch. I didn’t need a man to be that kind of presence in my life; I could be that kind of presence in life!

I believe that every person on this globe should read To Kill A Mockingbird. If more people could be touched by Atticus Finch’s values, ethics, moral compass, compassion, courage of heart and graciousness, this world would be a far better place to exist. I, like so many people, become overwhelmed with the nettlesome reality that that’s a farfetched daydream, but I never give up hope, and I NEVER give up trying to fight for that in every way I can (no matter how small). It is not always popular speaking out for what you believe is wrong with society/a culture/humanity, but the unpopularity of yourself living in your silence is far greater an ill on the heart of your genuine being. 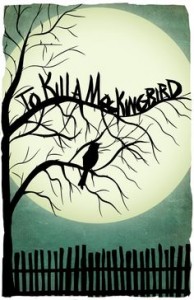 Like Malala, I believe in the power of the written word. I wear this camouflage tank top to symbolically recognize that the war is against hate and ignorance. I, too, believe that we can shed our “fatigue(s)” with love and education. Knowledge is POWER; and through books and learning, I *do* believe that stories and characters can enlighten and change our worldview with great drama and impact. Atticus Finch did not so much inspire me and motivate me, as much as he brought the true me out from underneath any young suppression I was suffering from. Whenever I struggle with conflict, negativity or my own humanitarianism, I reflect back on Atticus’ words and teachings. Even fictional characters can be mentors and leaders, and THIS is what books do for us! The story of To Kill A Mockingbird woke up the person I was destined to find in myself.

Only, because of this book, it may have happened sooner than it would have without it.

And let us not forget, Atticus Finch was the creation and brainchild of a……woman. 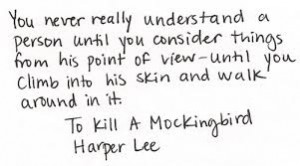