On Rumors: Never Hand a Weak-minded Bully a Frying Pan 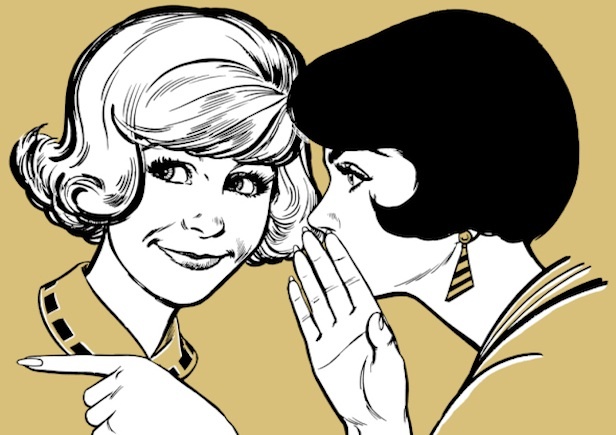 I have a girl who is spreading rumors about me. We were once kind of friends but we have not been friends for a long time. She is taking some things that are true and putting her spin on them to make it untrue and make me look like the bad guy. None of our friends in common believe her but it still bothers me some times. It bothers me becausee she is playing victim but the lies she’s spreading are false and she knows it! I don’t even talk to her but some times i want to confront her. She’s the one who looks bad i guess but should i confront her?

There’s no way for me to give you a solid answer to this question, regrettably. This is because there are a lot of details to weigh and measure with this kind of tittle-tattle, and I feel confrontation in a situation like this is a personal decision. It’s more about the questions you need to ask yourself than the questions you need answered from the other person. A person who spreads rumors that are untrue has already established themselves as a liar—even if they are just embellishing the truth—so the idea that you’d ever get an honest interplay from them is pretty much a given. 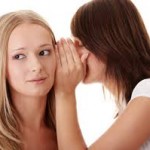 People who expend their energy spreading falsehoods about someone else have an underlying problem within themselves. It could be that they have jealousy toward you, insecurity in themselves, feel hurt by you or something you have/about you, or they are simply vengeful people with intent to damage the person they’re being catty about. Even though it may feel personal, deep down in their psyche, it is not. A healthy person talks themselves through these feelings and emotions and puts their integrity above all else.

So, I do not concern myself with this person who is spreading rumors about you in my response because YOU are the topic at hand, and I feel that that is the angle you need to evaluate this unfortunate state of affairs from, no matter how unfair and childish.

You must first ask YOURSELF: What is it that I wish to get out of confronting this person?

If you are looking for answers, closure, or absolution, you will not get it. If you’re certain that this person is aware that their actions are injuring and their “rumors” are false (or half-truths), than no amount of addressing the issue will change the outcome. If anything, it might feed it. In other words, you never want to hand a weak-minded bully a frying pan.

If you are looking to challenge them because you feel that they need to be put on the spot and put in their place, there are two things to keep in mind:

1. A truce is unlikely, even if they agree to one in front of your face (we already have deduced that this person talks behind people’s backs).

2. It is more likely that conflict is precisely what they’re seeking from you, either for your attention or to get a rise out of you.

IF you feel that you need to handle this head-on because it is an issue of respect and a lesson to be taught, than this is the only time I feel there is a valid reason to confront someone of this nature. Any other reason is most probably futile. It is all a game to liars, backstabbers and petty rumor spreaders, and more so than just because it is a cowardly and immature act of ill intent and malice, but also because the bone of contention runs far deeper in them than it does in you—their real issue is psychological, not you. You’re not equip to teach them a lesson; they need therapy for that kind of reform and refinement.

People who talk about other people to common acquaintances never succeed in ruining anyone’s reputation but their own. Those who listen to gossip and take it for face value are never worthy of your time and energy to begin with.

Try to keep this in the back pocket of your mind:

So, my suggestion to you would be to ask YOURSELF the important questions first and then proceed, or don’t proceed, accordingly. If I were in your shoes—and I have been!—I would wait until someone comes to you and then set the record straight (and even defend yourself if you need to), but I would not personally bother with confronting the person who has already proven themselves to be the kind of person who is set out to upset and tarnish others. In reality, no one has that power unless you give them the power. I tend to think of rumor spreaders as little, pesky gnats, and the rumors themselves are just a buzzing in everyone’s ears that needs to be swatted away. Eventually that buzz becomes an annoyance to everyone else who just wants to sit back and enjoy life.

You know who you are, so just keep being that person, Gallant Girl Blake! It will stand up against any naysaying because standup people are just as transparent as their gnats. 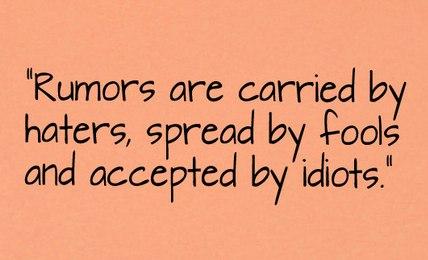