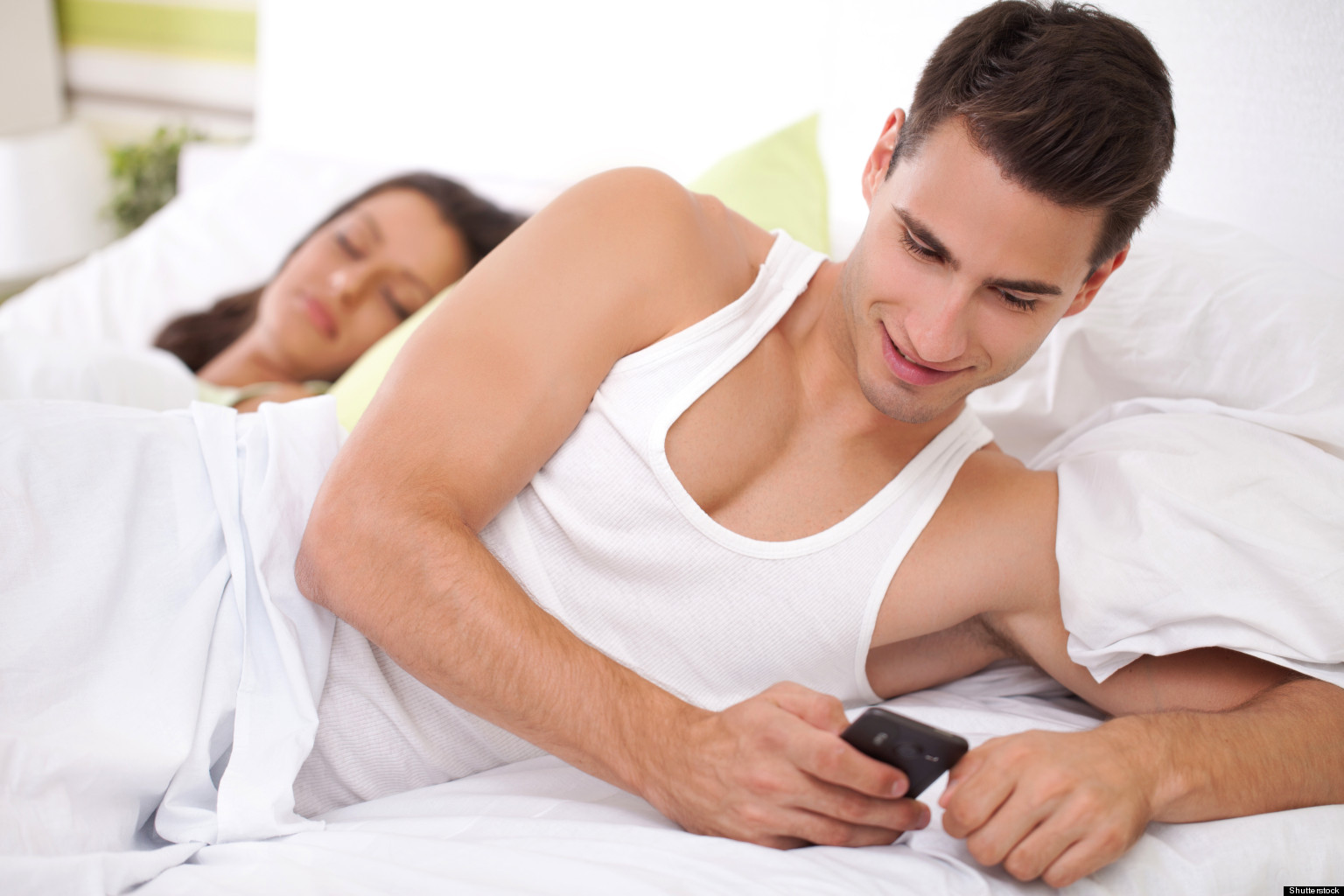 i know this is going to sound really stupid but i do not trust my boyfriend on the computer and his phone. he always acts weird and i am suspicious. i have thought about snooping but i don’t even know how because he has passwords on everything. i guess i am asking if i am being irrational or if i should be checking up on him as a liberated woman who does’t want to get hurt.

Wow, you have really hit me with a loaded question! This makes it a thorny topic to try and touch on. So, like most Dear Gallant Girls letters, I will just answer from personal experience and, of course, matter of opinion.

I think it’s safe to say that most of us have been on both sides of this coin at some point in our lives. Technology has opened up a lot of gates to worry, mistrust and misunderstanding for us all. It’s incredibly hard for relationships of all kinds in this computer age because anyone and everyone has access to a whole world full of people and things we’re either aware of or not. There’s no doubt that it’s daunting and has changed the nature of modern relationships. 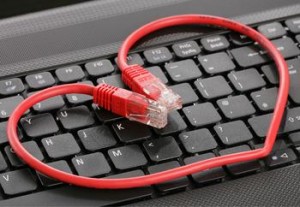 Having said that, I can only tell you what I believe, personally, and that is that snooping is not okay. The reason why I believe this is because I do not believe that someone’s personal property should ever be ours, no matter who the person is to us. Not only does it infringe on someone’s personal property and space, but it violates everyone else who ever confides in that person, confidentially. In other words, in pursuit of finding out what is happening in your OWN life pertaining to a significant other/partner, you’re potentially trespassing on someone else’s—someone completely unrelated to you—very intimate admissions. For this reason, I am not in favor of people “snooping” on their partner’s personal property; not without very reasonable cause.

The same goes for your partner/significant other/spouse: Everyone deserves to have a confidante they talk to about their own feelings (like their best friend, a parent or closed group). This is only part of being a healthy, independent individual in a healthy, blended relationship. Everyone needs an outlet and their own personal network of people. There’s nothing wrong with that if it’s respectful and honorable.

If you have a healthy relationship, there will be boundary understandings, compromises and mutual agreements. These things are very important to establish so that you can help ward off the doubts that come with technology + your relationships (and that’s not just significant others!). If you are with someone who is unwilling to understand those things, than I believe you do have something to be worried about.

In my own marriage, we have open access to each other’s electronics. It doesn’t mean that we use it, but it means we know it is there. Likewise, with the people from our past that we still need to have communication with (insofar as co-parenting relationships), my husband and I get automatic, computer-generated forwards of all that communication. It is something we established from the very beginning of our relationship so that we are not only always working together on everything, but also always in the know so there are never any discrepancies and we are always on the same page with each other. These sorts of things just make everything in life easier when it comes to plans, times and news!

This kind of cooperation and common courtesy should never be hard fought; this should be a given. The commitment comes first, so anyone who is not willing to be open (when it does not encroach on a third party’s honest desire of confidentiality), than it should always be something you and your partner keep a part of YOUR relationship. It does not hurt anyone.

You mentioned that “as a liberated woman” you don’t want to get hurt. I understand this! I think we’ve all been down that road, BUT… 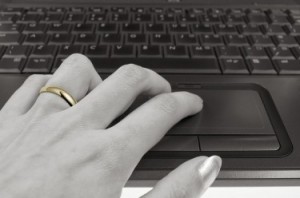 I don’t believe that as liberated women we need to poke about and sacrifice our integrity and dignity. I am a firm believer that our gut tells us more than we need to know, even without evidence. Of course our guts can be wrong or off, but I think it’s much better to simply talk to our partners about our concerns, fears and suspicions than it is to go behind their backs and rifle through their electronic diary/life, not to mention all the other people who trust in them just the same. Of course this is not foolproof since people lie all of the time, but as women, we’re built with a pretty sound BS detector. Am I right? So long as you do not deny your radar for your heart, you will get your answers in body language and instinct in due time. Just don’t deny that built-in woman duplicitous-receptor that you have, Gallant Girl Sandee!

For me, it’s not in the details. I don’t need to know the who, where and when; I just need to know IF. If there is an if, that’s enough for me to make my decision!

Prior to meeting my husband, I had few too many relationships that were not right or entirely healthy. The relationship I had before my husband was with a man who constantly “snooped” on me. It was seriously clinical. He would go through my computer, phone, purses and even my trash! He would quiz common friends, call/email/text and message me on Facebook and Skype incessantly. And if he couldn’t get ahold of me in X-amount of time, he would come by my house. It was not healthy in the least. However, I kept telling myself, ‘I don’t care. This is not affecting me. I am my own person going about my own life and this is his problem.’ This was not true. No matter how much I did not let it change the way that I lived my life, those were red flags and he was not mentally fit to be in a mature relationship. I definitely overlooked things on his behalf thinking of myself as a “liberated woman”.

Nothing that requires you to stoop to snooping is going to ever be or feel liberating.

I tell you this because, not only do you not want to become that person who expends so much energy in seeping into that sinkhole of becoming overly obsessed with what you can’t control or ignoring very glaring psychologically unsound behavior, but I also have a theory about people who do this…

I believe that anyone who is overly worried about what another person is doing is someone who might just be doing that precise thing and knows how easy it is to get away with it. People’s fears about other’s behaviors ultimately tell you a story about their own.

I once wrote a poem called You Can’t Be Determined. In it, I wrote this one part:

If your partner is sneaky and secretive, what you really need to be concerned about is if s/he’s the right person for you.

Here’s one more story for you to help drive that point home: Eight years ago, I was in a relationship for 8 years. I was just gleefully gliding along (going to college, publishing my second book and not paying attention to much of anything besides that) until one day my computer went down and I had projects I needed to work on for school. I called my partner at work and asked him if I could use his home computer for the day and he said sure. I needed to use the internet, so I got on his machine and typed in www…

From there, it pulled up a history that I was not prepared to see. Thunderstruck and shellshocked, I went on to type in www.a……www.b……www.c….. and so on. What I found threw me under a bus! Not only was I devastated, but I had been lied to about the person this person was for years. The lies were the biggest issue I simply could not ignore. There was no way for us to recover from that. YET, I recovered! I did not do that to myself. I did not make those choices. I did not lie about who I was.

The reason why I share this story is to say that, even though that was the best accidental bust that could have ever happened to me, no amount of worrying, snooping or hyper-focusing will change an outcome. People are going to do what they are going to to do. People are going to be who they are going to be. Rather or not you find out now or days/weeks/months from now, how you try to manage the situation will not change it (maybe only prolong the inevitable). Who you’re dealing with right now is going to be who you’re dealing with so long as you’re in the relationship, no matter if you dig or don’t. A secretive person always has a reason; THAT’S all you need to know.

Don’t let shifty make you shifty. You can’t change things that you weren’t made a part of the decision on, so change the things you HAVE a decision on.