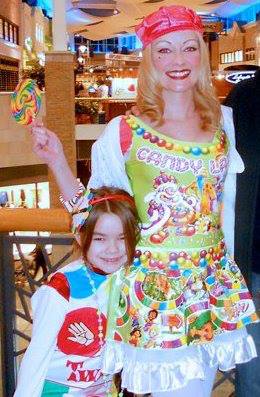 Today’s Top 3 Things I Would Like to Tell My Daughter Going into Adulthood:

1. Enjoy old traditions, but continually make new ones with new people. Hopefully you’ll always remember all of our traditions; the ones you and I started when we were a dynamic duo, and the ones we started when we met your stepdad. Things like our annual Easter Mad Hatter’s tea party, our pink cartoon character Christmas tree, sprinkling reindeer food on the lawn & leaving Santa a letter with his homemade gingerbread cookies, decorating to “Making Christmas” from the Nightmare Before Christmas soundtrack, our themed Halloween costumes, Mummy Meatloaf/Cottage Cheese Cottontail/Shamrock Sandwiches & Irish Soda Bread scones, celebrating holidays of all religions, weekly “Rock Out” parties in the living room, giving each other Indian names in November to represent during Thanksgiving, having spa sleepovers together, pitching the tent in the living room, being “Bad Girls” and eating ice cream out of the carton with 2 spoons… Good heavens, the list is endless as I think of them all! I’ve carried so many of my childhood traditions over into your childhood (some created by Nana, and some that were your Great Grandma & Papa Donna’s) — things like: you always passing out the presents on Christmas Eve (I gladly passed the torch to you ::beam::), filling a Cremora creamer jar of coins all year long and rolling that for school shopping every year, making a scarecrow on the porch in October, etc. There’s so much joy in carrying over old traditions. Doing this forces you to retell the stories, year after year, as well as remember the good times with the best people. They are not only fun, but precious. Traditions are things to look forward to when life is going through commonplace, mundane tasks. Don’t let anyone ever make you feel ridiculous — there is nothing too small to celebrate and make FUN. Take your silly-hearted traditions very seriously! They become a series of memories that you get to chain together and recreate as the years string along, even when nothing else stays the same.

2. If you promise to keep a secret, keep it. As long as the secret is not ethically harmful to someone else, or unlawful, always keep the secret someone entrusted you with. They truly believe you’re not going to tell anyone. When we tell secrets, even though we KNOW people almost always tell their mothers, spouses, and best friend everything, there’s something still innately naive when we share those things we don’t want broadcasted. There’s still that part of us that think a secret MEANS a secret. It’s really quite fool-hearted of us, but there’s something about calling a secret a “secret” that makes it feel sacred. It isn’t, and it never will be again once you let it leave your lips, BUT you don’t have to be one of those people. Many times, even when people *don’t* signify that something is a secret, I still keep it to myself and don’t tell a soul. I just gauge by what the person is telling me whether it is something I would share publicly, and if there’s any doubt than I don’t share another person’s either. There’s really no real pleasure in gossiping. Unless someone says, “Ask your friends what they think?”, there’s no reason to share an intimate, one-on-one conversation with someone else. And just as much as I think you should take real good care of someone’s secret and protect it in the vault, I also urge you to think hard about who you share YOUR secrets with. Like I said, as long as you are aware that a secret is never a secret again once you’ve shared it outside of yourself, you will be able to except and expect what happens when it gets spread. I have other people’s secrets all packed up in newspaper and bubble wrap in my internal attic that I have never spoken of, even after they went “viral” — even after they were shared by their owner. When they were given to me, they came marked with discretion as someone else’s valuables to be protected.

3. Saying “Excuse Me” does not excuse everything. Farting and burping are facts of life. They are meant to be released. But do NOT release them around other people. It is always rude. Farting beside someone and then saying, “Excuse me”, does not excuse it — it’s completely uncouth. Every time someone (other than you or your stepdad) farts or burps arounds me, I just think that someone didn’t teach them manners. Everyone slips up sometimes. After all, it’s a pressure inside our bodies! This is not to be mortified about. It’s happened to us all at some point. Anyone who makes you feel bad for it is just being mean-spirited (and also rude and unmannerly). But there are people who just do it constantly, without any decorum, and they can be the most extraordinary person but that will begin to wear thin on anyone — it’s like saying the people around you are not important enough for you to spare them. When those natural facts of life call, get UP and excuse YOURSELF.