Dear Gallant Girl: Defining the Difference Between Demanding and Narcissism 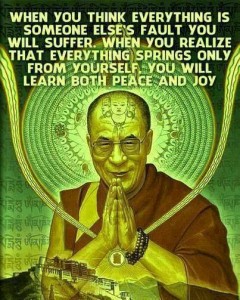 My name is Clarimonde and I live in Dresden, Germany. I lived in the United States for eight years studying abroad. While I was there, I met a man and we started a serious, committed relationship. After three years, I decided to move back to Germany and he stayed in the US. We have had a long distance relationship for one year. After this last year, he has decided he is ready to move to Dresden to be with me and see where the relationship takes us. I am beginning to get cold feet because there is one issue that concerns me.

My boyfriend Mark has a very demanding personality. He can be very critical of people, including me. In the time that I have known him, he has always had a problem with someone. Sometimes it is a colleague, a flatmate, a family member, or even me. From my observations, he pushes people to these points with his demands or he instigates the conflict. The concern I have is that nothing is ever his fault! Every conflict he has with anyone is always on the other person’s end and he never takes any responsibility for the topic of argument. He is hard to communicate with for everyone, only he can’t seem to see it. He blames everyone but himself. Before I commit to him moving all the way to Europe to be with me I would just like to know he takes ownership for his part in the riffs he instigates.

Since everything I read that you write is so insightful and you give thoughtful advice, I was wondering if you had any advice for me before I make this important decision for two people? He can be so sweet and fun to be with but I am worried that his criticalness will all fall on me once he gets to here and does not know anyone else.

I love Gallant Girls and their posts. I think having an advice column is an asset to your followers!

Thank you for your time,

It is always difficult to give someone love advice when not knowing the two people personally, so I would take everything I say as a matter of opinion (as everything I say is!). However, I can speak from personal experience because I think we’ve all encountered demanding and critical people in our lives. (I have actually written about this topic many, many times on Gallant Girls, so I will include those links at the bottom of this email (for just you since most readers have already read them), as well.)

I also think that all of us have a smidgeon of defensiveness in us, no matter if we let it overtake us or not. Some people seem to have a better handle on it than others, and it sounds as though your boyfriend surrenders to it more than he does not. Yet, beyond defensiveness, it also sounds as though you might be dealing with someone who suffers with a fair degree of narcissism.

Many people misinterpret the term “Narcissist” to mean someone who is vain and overly fond of themselves. This is not what narcissism truly is, in full. Narcissism is actually a personality disorder. Though the classic narcissist can be very charismatic and charming at times, this is only when his/her ego is not threatened or feeling humiliated. Most narcissists are just fine to be around until they are not getting the attention or accolades they feel they’re entitled to. This makes them very easily angered, so they turn it around on others by making it the others’ issue/fault, placing demands and becoming derogatory, and eventually hypercritical to the point of attempting to tear down someone else’s self worth. Their elevated grandiosity, conversely, is usually a coverup for the fact that they are actually the ones who feel inferior and insecure. The hardest part in dealing with a narcissist is that so few of them are able to even recognize this in themselves, which makes it so hard and frustrating to try and communicate with them — it will always come back to and on you.

Psychologists are unsure of the causes of narcissism, making it hard to treat. Studies have shown that many psychologists lean toward the hypothesis of a biopsychosocial model of causation, which essentially just means they think narcissism is the result of a mélange of genetics, society and environment. The reason I bring this up is… As I mentioned above, narcissists are incredibly difficult to work with in therapy and treatment because most narcissists are in denial that they could ever have a disorder to begin with. Because narcissists have such a deep need to feel self-important, they rarely seek help, let alone accept that narcissism plays a role in their personality. This just means that many psychologists and therapists end up terminating the therapy sessions with a narcissist when they reach an impasse with a patient that refuses to see their disorder for what it is.

SO, without knowing your significant other, I clearly cannot say if he is a narcissist or not, but I wanted to give you something to think about and possibly research. Here is what I can tell you about the stereotypical narcissist:

* They have an inflated sense of self-importance in every situation or setting they’re in.

* They have a heightened need for attention and are very irritated and put off when they don’t get it, and will even go so far as to force it or have a “tantrum” for it.

* They lack empathy unless it directly impacts them, then they will show signs of over-emotion, dramatics, or even begging when it does affect them.

* When their ego is not threatened, they are typically fun, funny, enlivened and delightfully social (when they are threatened, it is the antithesis — they are demanding, demeaning, shaming, hostile, arrogant and/or rude).

* Many people find them to be pompous, self-righteous and egotistical.

* [In Love:] Over time, no matter how much they try to convince you that no one could love you more, they become toxic to their partner’s mental stability.

* They like to talk, but are not good listeners (and they love to rile others by saying the opposite of them, unless they have a profound respect for the person or believe there’s something they can receive from them, and then they cater to that person’s conversation with admiration).

* On social media, they may have a lot of attractive “friends” that they don’t actually know in real life; this is for show and to help feed their elevated sense of grandiose. Likewise, they take their partners’ outwardly appearance to be of great importance.

* They may do things to “help” you, but then make you work for it by making it somewhat complicated for you or expect you to return the favor in equal or greater value, then become visibly and verbally accosting when you do not fall over yourself to praise or thank them.

* They NEED for people to know how important and successful they are.

* They HATE to lose, so if they lose face in front of anyone, this makes them feel out of control and highly humiliated. If they *think* they may lose, they will bow out (no doubt, not without excuses that have nothing to do with their fear of being shown out or outshone).

* They may ask questions but reject them when they do not like the answer. Furthermore, they may attempt to make that person they’re talking to feel dim and uneducated by patronizing them, poking fun at them, scoffing at them, acting superior to them, or just flat-out being vitriolic.

* They often think people are talking about/referring them when they are not, but then do not think anything is about them that IS when it is negative, OR they displace that negative feedback onto the other person discussing it. After all, nothing is ever their wrongdoing or mistake.

If any of this is making you say, ‘DING, DING, DING!’ in your head, it is worth your time to hit the library or hop online and do your homework. Without saying that your boyfriend IS indeed a narcissist, the thing you need to know if you suspect he may be is: Narcissists are only happy when everything is going their way — this requires their partners, friends, business associates and family to appease them, praise them, pacify them, and cater to their every whim — YET, they also quickly become bored with this. Narcissists, conflictingly, crave “drama” as much as they do positive and praising attention. It’s very hard (nearly impossible, really) to make a narcissist happy; this is why they always seem restless and are always seeking out new things to peak their incessant need for excitement and validation.

I really don’t want to give you advice on what decision you should make knowing so very little about the two of you. I *will* tell you this… I always tell my daughter, “I don’t know means no.” This doesn’t mean “no” forever, but I believe that when in doubt, there’s still too much to consider, and time to think is most important at the time of uncertainty. (Maybe have him relocate to Germany but not live together just yet?) I also believe that in everyone’s heart of hearts, deep in their gut they have the answer; it’s just whether or not you’re willing to risk. Loving a narcissist never quits being a risk because they do not take “ownership”, as you stated you desired, for all the problems and challenges that exist in their lives are always the result of someone else’s shortcomings.

I wish you luck in your decision making process, Gallant Girl Clarimonde! If you need resources, you know where to find me, but you seem like a highly intelligent person and I have full faith you already know if anything I said in this response is true. I hope it helps!

P.S. – I am going to Germany (and Switzerland, France and Italy) this summer for a month! So, if there’s anything you think I just *must* see, do, or try, I’d love to hear it from a native!!