November Challenge: What I Am Thankful for Today 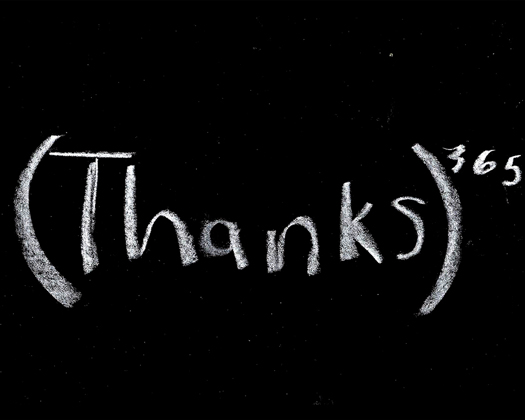 Last night my daughter and I watched a few (cheesy and hokey) Christmas made-for-TV movies on the Hallmark Channel. One of them was loosely based on two women who had known each other since they were 8 years old and had a longstanding feud rooted in competitiveness. The whole movie put me at unease, and the entire time I watched it (knowing they were fictitious characters, of course), I just thought they were both foolish and grating. This was a super silly show, but it got me thinking…

People say that there is some level of healthy competition, and I am sure that must be true, but for me it just never felt that way. I am sure this is why I hate team sports so much! When I was in elementary school, my mom put me in T-ball. I played one season (and SUCKED), but at the end when the coach asked who wanted to sign up for the next season, everyone on my team raised their hands — waving them wildly about with enthusiasm — BUT me. ::snicker:: It’s true that I was pretty bad at it, but it was because I did not feel excited by winning; I did not get that thrill from bringing home the trophy. I always felt badly for the other team who were the “losers”. I still feel this way about everything, to this day. No matter what it is, I always feel some sort of sadness for the opponents. I’m a born “sorry loser”, but not by the definition of one.

This is why when I play games it’s always about the camaraderie and I never care how I score. This is why in the 5th grade I didn’t feel elation when I won the science fair against my best friend Ben, who had put laborious hours into his experiment, when I just did it because it was a thing to do. And this is why whenever I had a birthday party to attend, I ABHORRED musical chairs, because my heart broke for the last person standing EVERY bloody TIME, and I just wanted to go and sit it out with them because it felt more like humiliation than fun. Maybe I am a softhearted boob, but it’s just not my thing!

Though I believe failure is a very essential part of life that is often a blessing more than a curse (because life is like a perpetual Choose Your Own Adventure book to me, and I *somewhat* believe that where we are is where we’re supposed to be, even if the reasons don’t present themselves right away), “competitiveness” carries over into all aspects of life for me. Simply put: I don’t like to see anyone fail or lose. I don’t even like this for my “foes”, or those who have been mean spirited toward me. Even if I sometimes feel as though I *should* be getting a kick out of someone’s karma catching up with them, at the end of the day, deep down in the pit of me, I never do. Ever. (This doesn’t mean we don’t sometimes bemoan to our people about the injustices, but it does mean that we never hurt other people with more of them.) I always want to see people overcome and succeed, and better and happier than they were the day before, no matter who they are. Even the people I *should* dislike. A much (MUCH) bigger part of me crawls when I see anyone pushed to come down on their knees.

But, as I already mentioned, competitiveness carries over for me into everything… I’ve NEVER not wanted to see my friends and acquaintances accomplish all the things they desire, whether that be success in career, in finding fulfilling love, in prospering, or getting healthy and in shape. Whatever it is that makes them proud and jubilant makes me feel the same things. I always revel in whatever anyone gets, earnestly, and whatever is deserved. For me, other people being at the top of their game, and finding bliss in this hard world, are inspiring, enlightening, and a product of their “tenacity”. So long as no one has to step on someone else to get it, it should be celebrated.

I’ve written about this before, but… Once upon a time ago, I was at odds with myself because I was going through something with a person or two who were trying my patience and doing some things toward me that were, simply that: trying. I sat out on the front stoop of my house with someone who knows me pretty well, and I told them, “I am at odds with myself right now, and I feel really pretty awful because……there’s a small part of me that knows I could say one thing and blow their whole world to bits, and I know I never would, but they are acting so ill toward me that I have actually thought about it!” This person said to me (and I am paraphrasing because this was almost 15 years ago, so this is another paraphrasing rendition), “Heather Angelika, it’s not about what you think; it’s about what you DO. Thinking those things makes you human; doing those things you do (or don’t do) makes you a humanitarian. You are not a competitive person, therefore you never act on your impulses. This is what makes you YOU, and that is okay. Your thoughts don’t define you, your actions do. You’re not a doormat or a rival; you’re a quiet cheerleader.” (Who would have ever that *I* would be a CHEERLEADER hating sports as I do?!!) So, as I was schooled that day: I believe that competitiveness is a choice we all make. I don’t actually believe it’s, fully, a part of our nature.

Happiness and success *should* always beget and build more happiness, even if we have to work at it or question it a little harder at times.

So, easier said than done? Sure, no doubt. But in my case — after a lot of self-awareness and growth — it’s much easier to do than say just to…

No one likes to lose, but I have learned that so long as I am not concerned about it, I never do.

Tags: Advice Advocate Anti-Bullying Children Educate Gallant Girls Gender Equality Girls Can Do Anything Growing Up Humanity Never Let Them Dull Your Sparkle Stand Up For Yourself and Others Women's Rights
Share
0