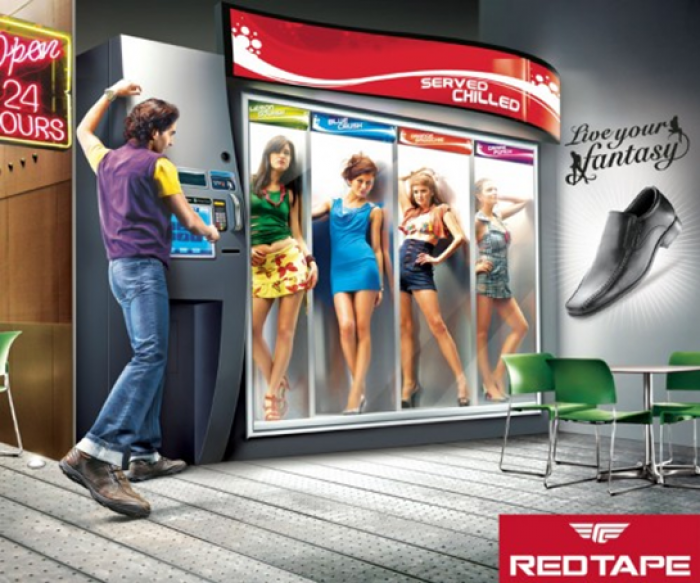 Listen, Gallant Girls is about female (and male) empowerment, but this by no means translates to anything prudish, and it does not condemn sexuality. The bottom line is that a healthy sexuality is good for you (once age appropriate, and at a time in one’s life when one can understand it and are able to handle it with self-respect). Sex is one of those amazing pleasures and connections that enhance life in ways in which so few people can even begin to explain.

However, sex has been bastardized. There’s so little about it that is sacred anyone, let alone personal or intimate. When we’re invited or uninvited into intimacy and bedrooms every day without even having to think about it, it’s become beyond un-rich — it’s just becomes cheap. Have any of you stopped to think that if we didn’t have sex lurking around every corner, that *maybe* we wouldn’t have such a conflicted love/hate relationship with it? It’s *supposed* to be nothing but glorious.

We, as humans, love sex; it is pleasureful and desirable, and it is something that brings us closer to people who we can’t ever seem to get close enough to (even if it’s just in physical attraction). Yet, at every interval of the day, it is thrusted in our faces, sometimes defiled, and way too often in the company of people we don’t want to be forced to encounter it with.

How many times have you been watching television, a movie, or even a commercial when it goes into that awkward, incredibly physically (un-)intimate moment and you are with your mother, father, uncle, aunt, significant other, neighbor, or…… children…… and you are just clenching your jaw waiting for it to be over?

Why must this be pushed upon us?

We bring media and art into our lives because it is a fact of it. However, in order to do so, we do not get the option to feel comfortable within our own homes. It isn’t like it used to be where ratings meant something. Now just turning on the television in the middle of the afternoon means that we can’t stay too far away from the remote without a nervous finger on it. Every minute we’re on guard waiting for that inappropriate moment or scene/image we need to counterattack and explain to our kids. Long gone are the days where near-nudity and explicit content is only on a premium channel that we have to pay for.

I’ve never been one of those “Kill Your TV” people. Media has it’s place in society, and I don’t believe in sheltering my child but using all opportunities to educate her. Nevertheless, it gets harder and harder when it doesn’t matter what channel you watch, or what time of the day it is, because something being broadcasted is changing the way she sees the world (negatively) and HERSELF. It becomes more difficult to set an example when I have to use something I’ve willingly put within MY house as one, daily. How can I really feel comfortable telling her that some things are superficial and lack substance, and “not the way it really is all of the time”, if it involves something I permit under my — her! — roof? I must admit, at times it makes me really angry that I am put in this position: to not be able to comfortably live with something that *should* be so “normal”.

Today, while home and relaxing after Thanksgiving, a movie was on REGULAR television. My husband and I had it on while doing other things, but midway through there was a scene with a man having a threesome with two women. Both of the women had on were their underwear, but they were both on top of him with their backs to the camera. Obviously it was highly sexual — and it was also demeaning to the women where they were nothing more than body parts and objects to a man who was halfway treating them like they weren’t even there, as the women acted like his attention to them was the only thing in the universe of worth right then.

We scrambled to switch the channel, but that was too late; what had already been seen could not be unseen. Meanwhile, the network had bleeped out a few unsavory words, but didn’t see a reason to delete this scene. I am no prude, but how is this okay? It’s the day after Thanksgiving, networks (should) know children are not in school, and on top of that, many people are snowed in in many parts of the country. So be it, but why not air these things after children go to bed and on channels with a rating system?!

If you’re not raising children in this, than you may be thinking, ‘Lighten up, lady!’, but it is simply unfair that it’s become so normalized that all the work of raising a healthy, normal child falls on the parents; AND that we have to contemplate “killing our TV” to do so. I never even thought about it until I had a tween girl who is being objectified, over-sexualized, and stigmatized in her very own home. Media has become so lazy that they are almost abusive, but ABSOLUTELY insensitive. Really think about that… If you wouldn’t do these things or say things in a social setting with children in the room, than why is it just thrown in there at all hours of the day, on any channel available to them without assuming a parental block or mild paranoia?

When you live in a reality where Naked and Afraid is on the DISCOVERY Channel, you know that no one is ever thinking about the young people in this world. (And nudity is not the issue. We celebrate nudity in our household when it comes to art, loving the skin you’re in, and appreciating the human form for the natural beauty that it is. BUT, when a LEARNING channel needs to sell nudity to keep up its ratings, you know we’ve gotten too far out of quality programming and broadcasting that benefits all ages. What does being naked have to do with survival without the comforts of syndication?)

My husband and I have gotten so gun shy that we have resolved ourselves to only watching home improvement shows and ABC Family Channel when my daughter is awake. It’s pathetic. Even primetime channels are airing sitcoms and nighttime dramas with scantily clad women, promiscuity, demeaning sex, prostitution, exotic dancing and women selling themselves short for the degrading pleasures of men. Our defenses are always up, because even when we know we’re keeping up the dialogue with her and being proactive, we also know that these images linger, raise internal questions, and counterattack all the ways we’re trying to raise her. I mean, since the beginning of November, we’ve been watching super corny holiday movies on the Hallmark Channel — because we can trust there’s no risqué scenes or inappropriate content for a 5th grader — but then every third commercial break there’s an advertisement for the movie Sex Tape. Honestly, and exasperatingly, is there anywhere safe on television or the internet for children without exerting so much energy to censor or beat the remote to the punch? This has become an un-kid-friendly place to live in when their little hearts are still evolving, and quite frankly, it leaves me nonplussed and disgruntled.

Anyone with a buck to make (or spend) is not thinking about your children now or in their future.

Right now, we’re currently living in a world where were telling young girls and women that they can do anything, so long as they’re still hot and desirable while doing it.

It becomes a daunting task to teach children health, respect, and normalcy when everything in their peripheral vision tells them what is “normal” is objectification, hyper-sexualization, and that they are only really worthy if they look and act a certain way that pleases someone else’s eye or sexual appetite. We can argue that it is our job as parents to talk about this and censor these things, but it should NOT be JUST our jobs! We shouldn’t have to watch only 3 shows because they are the only ones that don’t dehumanize people, or push visuals on children who (don’t know that) they are trying so hard to just be children, tweens, and teens. This world needs to wake up; adults are only half of the population! News flash: Parents are not their only children’s influence.

It’s hard not to get so disenchanted that you just succumb and say, ‘This beast is too big!’, but we can’t. We have to keep voicing our thoughts and opinions for the short years of innocence that each child deserves. We also have to speak up for *ourselves* who wish for these objectifications to cease. This is not about sex; this is about its place — it is around every corner for every brand-new eye to see before they are ready, or even in their own home when they are just wishing to chill out and relax (no matter of age). We can make quality programming without bastardizing it. Not all of us need debasing humor to get a thrill out of visual stimulation OR a cheap and easy laugh. Some of us are tired of our intellect being punished for others’.

Parents don’t have the time to combat unhealthy, disrespectful television and radio without “killing their TVs” and radios when trying to raise healthy and respectful children. So, what are we going to do about it, society? There needs to be more moral responsibility. It’s hard not to feel like it’s over our heads, but all we can do is keep advocating for these young minds and keep fighting against the machine. I know that I am there. If I have to go back to public access, I will. I am tired of my job being made harder by socially unconscious people that only think of those over the age of 21 (and even then, they are not because it’s still misogynistic). Give half the population time to grow up, that’s all I ask. And then when they do, give them something to grow up to that doesn’t turn them into a slab of meat or a human vending machine…

… or that the only way to know pleasure is to be the object of it.